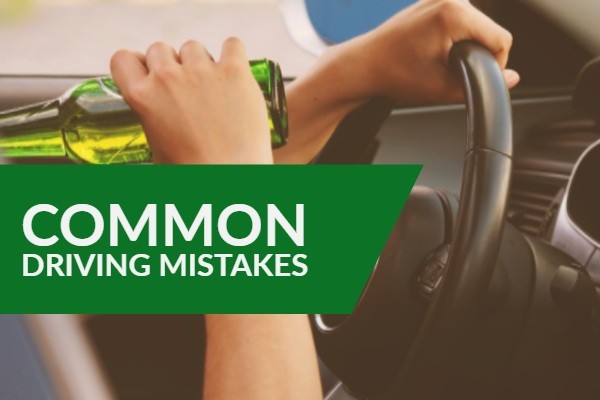 What are some common driving mistakes? New or veteran drivers are all guilty of a few mistakes. However, as bad as some people think of their driving skills, most drivers have never had the misfortune of appearing on the “Canada’s Worst Driver” driver safety course.

To be fair, there are some truly challenging obstacles on that training course. Here is a clip from the show:

We’ll take a look at some of the most common driving mistakes, not just from Canada’s Worst Drivers, but from everyday drivers. 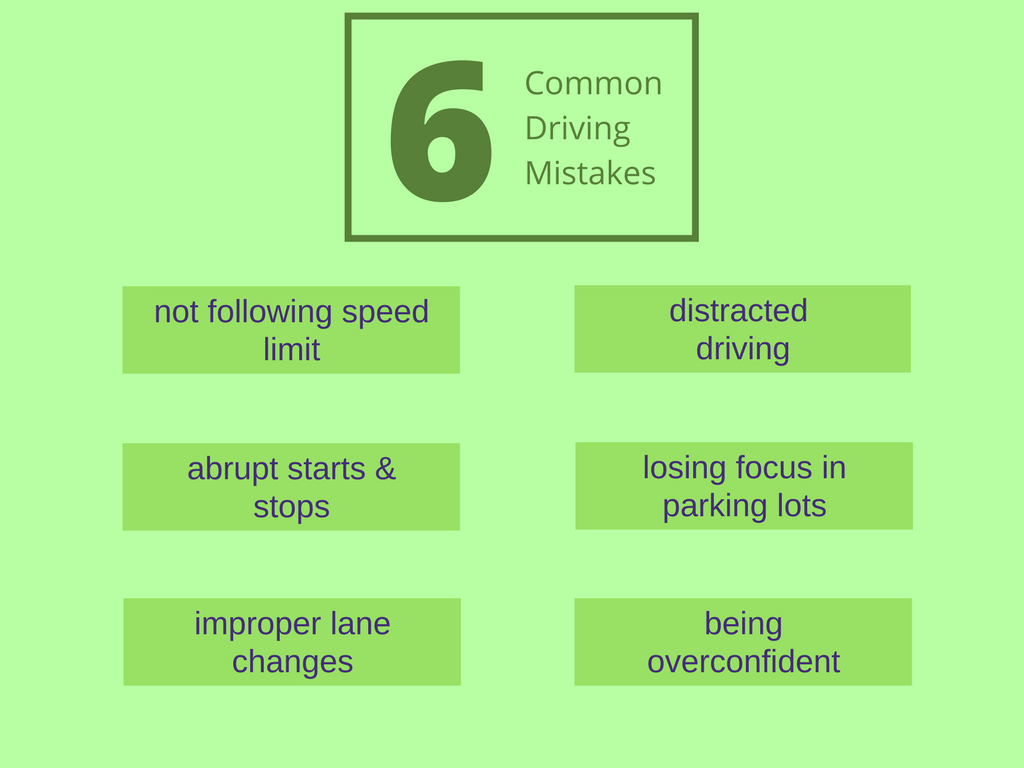 1) Not following the speed limit.

Driving too fast (or too slow!) is a big one. In fact, speeding is heavily linked to causing accidents.

In other words, speeding is completely blamable on human error! Besides keeping an eye on their speed, some drivers use speed sensors to remind them to slow down.

Harsh braking and acceleration is another common mistake. Not only can they cause accidents, but harsh driving is a fuel killer.

Going back to Canada’s Worst Drivers, the Water Bucket Challenge tests drivers on harsh driving and is an audience favourite. A large water bucket is mounted on top of the driver’s roofless car. Whenever the driver accelerates or brakes harshly, the water spills on everyone in the car.

Similarly to the water bucket challenge, instructors often tell new drivers to imagine a water glass in their car. The goal is to drive smoothly and prevent the glass from spilling.

Improper lane changes are next on our list. Lane changes are one of the most common ways for drivers to get in an accident. Many accidents happen because drivers forget to check their blind spot and crash into a neighbouring car.

How can drivers avoid this mistake? The biggest tip is to remember your driver safety course! A lot of instructors teach the acronym MSB, or at least some variation. MSB stands for Mirror, Signal, Blind spot check. Drivers should check of the 3 spots during every single lane change.

Another tip is to install blind spot sensors. Some drivers equip their cars with sensors that warn them of any unsafe lane changes.

Distracted driving deserves its own spot on this list. Everyone knows that distracted driving is bad. Yet, drivers still do it all the time. Just the other day, I saw a driver texting because the traffic was moving slowly!

Some other common distractions include talking to passengers, staring at the GPS navigator, or even pressing skip on an annoying music track.

5) Not paying attention in parking lots

Other than being careful on the road, drivers need to pay attention in parking lots. Parking lots have large accident rates because it is a busy environment with lots of distractions.

Here are some statistics. In parking lots, 63% of drivers plan their trip on their navigators, 60% of drivers talk on the phone, and 53% of drivers groom themselves. There are a lot of distractions! 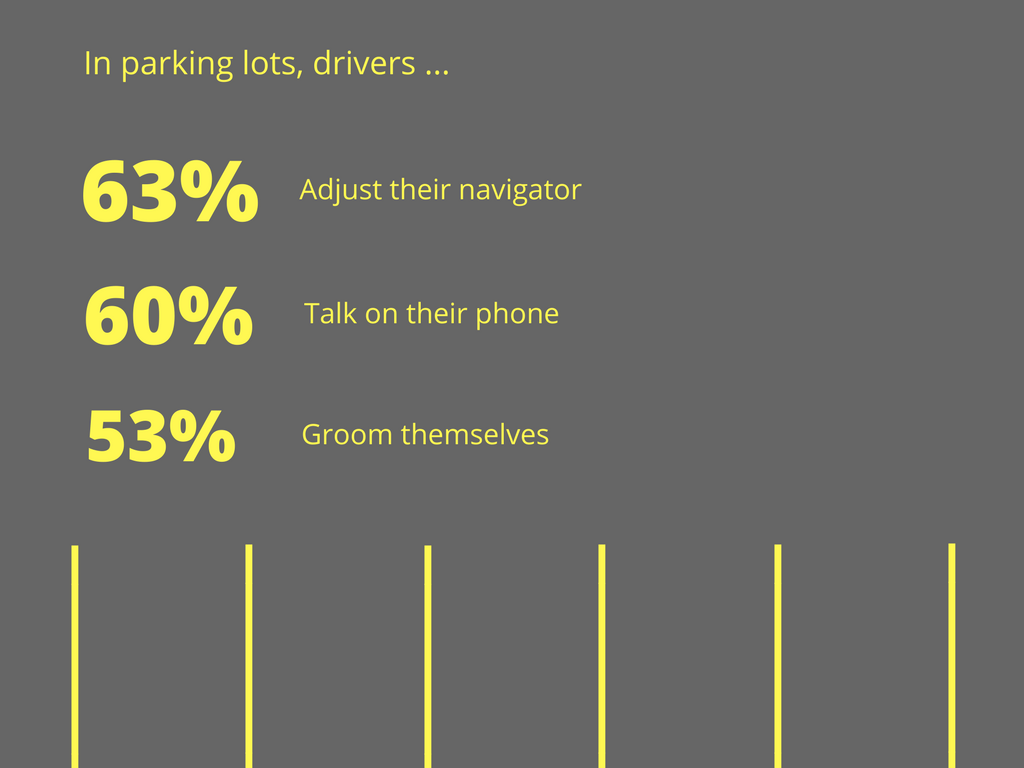 Finally, overconfidence is a common driving mistake. A lot of drivers, even veteran drivers, put themselves at risk.

Business Insider: Americans are dangerously overconfident in their driving skills —but they’re about to get a harsh reality check

CBC: Speeding is bad but we do it anyway, Alberta drivers tell AMA

Loading...
← Prev: 5 ZenScore Widgets You Have to Use Next: Wireless Car Tracker Devices in Popular Media →
Contact Us