How Public Transportation Fleets Can Become A Green Fleet 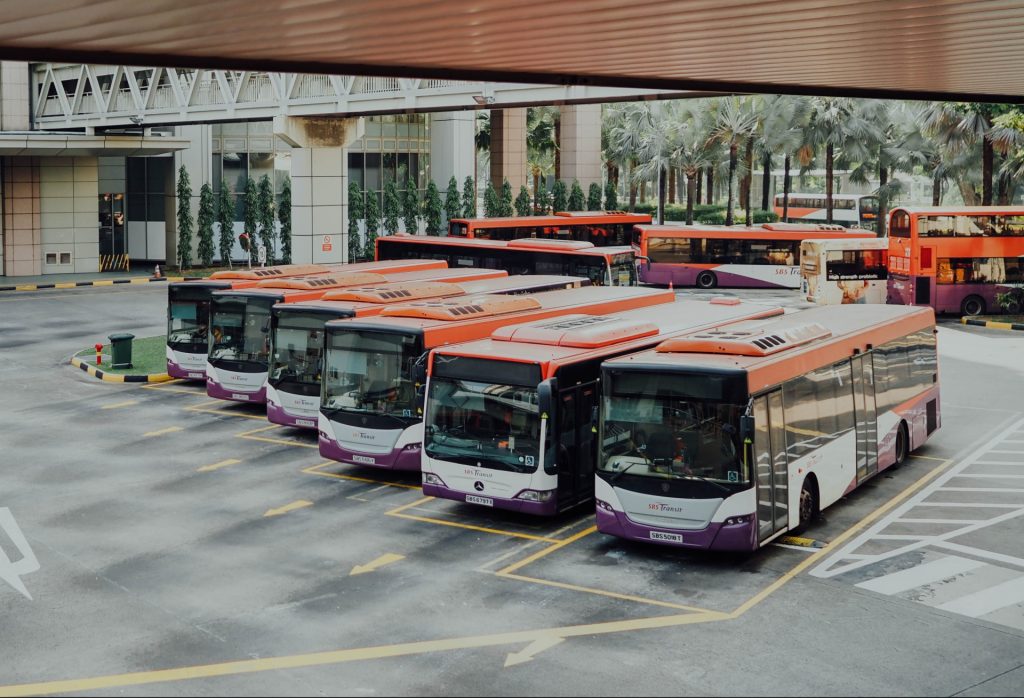 Public transportation is a lifeline for cities. It plays an irreplaceable role in communities of all sizes and connects people to places and destinations. Public transportation has had a long history of being a cost-effective environmentally-friendly method of travel. A single bus can carry up to 50 passengers and replace approximately 30 -40 private vehicles on the roads.

Municipalities and Governments worldwide have prioritized the investing, improving, and revolutionizing of public transit systems to ensure continued success.

Climate change and public transit is continuously spoken about together as transit systems are one way for entire populations to take steps towards reducing their carbon footprint and environmental impacts.

In fact, this focus of green fleets reducing carbon footprints and environmental impacts has also moved into nearly every industry – especially industries that are vehicle-based businesses. So much so, that embracing renewable clean energy has never been a more imminent task, and the public transportation sector has already embarked on this revolution.

Municipalities and public transit agencies have been eyeing for greener solutions to power daily operations. Shifting an entire bus fleet to zero-emission has been on the agenda for many transit agencies. In fact, some cities have already accomplished this goal of green fleets, while others have set a target date for when the transformation will be complete.

As the electric vehicle battery technology is constantly improving and getting more mature and advanced over time, the electric bus has become an increasingly viable and appealing option to replace diesel bus fleets as the future form of bus transportation.

The government mandate and regulatory guidance further push transit agencies worldwide to consider shifting to a full-electric fleet. The United Kingdom has committed to banning all sales of diesel-engine and gasoline cars by 2040. Additionally, they are planning to ensure that all vehicles on roads to be zero-emissions by 2050. Other European countries have followed a similar approach by setting a target date to phase out diesel and gasoline vehicles.

Back in North America, the Canadian province of British Columbia has also introduced a similar plan to end eternal-combustion sales in the upcoming decades.

Public transit agencies, often funded and administered by the government, need to set an example for the rest of the society through determination and real actions to progressively transition into renewable-powered operations. Transit agencies have an undeniable responsibility to lead the change and raise public awareness about the benefits electric vehicles.

Another pressing reason why transit agencies should begin moving to an all-electric or green fleet now is due to scaling. Transit agencies in major metropolitan areas tend to have large fleet sizes of hundreds or thousands of buses. Converting the entire existing fleet to an all-electric fleet is not an easy task and requires a vast amount of time and work from agencies to carefully plan out the implementation process in stages.

The length of the transition period also depends on the production rates of vehicle manufacturers and battery suppliers. All these uncertainties and complexities of work highlight that change takes time, and transit agencies need to act now to meet the regulatory deadlines and/or targets.

Though change is hard, the benefits of a green fleet in public transportation is rewarding.

In the beginning, many transit agencies were skeptical about transitioning to an electric bus fleet due to concerns associated with cost and performance. Some were worried about the high initial purchase costs of electric buses, but that consensus is shifting rapidly. The lower operating costs of electric buses have made them a more economical option than internal combustion engine buses in the long run.

On average, it’s 2.5 times cheaper to operate an electric bus than powering a diesel bus. The fuel economy of electric buses is five times higher than that of diesel buses. Given that the electric bus and diesel bus have a similar lifecycle of 8-12 years, transit agencies can expect huge savings in fleet operational costs after the transition.

In fact, this does not even account for savings from maintenance costs which is far lower for electric motors than that of conventional motors.

Good For Our Planet

Cost-savings is just part of the advantages of committing to an electric bus fleet; the more significant impact concentrates on understanding what this change means to our planet.

An electric bus operates 100% on green technologies and is completely free of GHG (Greenhouse Gas) emissions. As buses are currently responsible for 25% of black carbon emitted in the transportation sector – its impact is something we can no longer overlook. As bus activity continues to increase in the future, we expect to see an additional 26,000 tons of black carbon being emitted into the air by 2030. Shifting to fully electric bus fleets can drastically cut down carbon emissions by 1.4 billion tons globally by 2050.

Because electric buses have no tailpipe, an improvement in local air quality can immediately be observed. Reducing global transportation sector emissions is a top priority, and bus fleet electrification paves a reasonable path to achieve this goal.

Good For Our Community

Reduced emissions from fleet electrification not only helps to lessen environmental burdens but also has a transformative impact on the local community health. Traditionally motor vehicles emit toxic and hazardous pollutants into the air through the exhaust system, causing a rise in illnesses in communities near roads.

Vulnerable populations with pre-existing medical conditions are at a higher risk of developing more severe symptoms and illnesses such as asthma, diabetes, lung cancer, and cardiovascular diseases. Children and the elderly with compromising immune systems are also faced with adverse health outcomes, including permanent lung damage and other long-term health effects.

Every year, pollutants from motor vehicles cost our economy billions of dollars. In the United States alone, around $24 billion to $450 billion of social costs per year are attributed to the health hazards caused by motor vehicle pollution. The astronomical magnitude of motor-vehicle pollution impacts prompted a revolution in finding new energy sources to power vehicles on the roads to protect and safeguard community health and improve global sustainability.

Building and transitioning into a zero-emission bus fleet is a fundamental step in reshaping our communities and protecting vulnerable populations. Research conducted in the Great Toronto and Hamilton Areas in Canada shows that electrifying and transitioning all public transit buses to green fleets can prevent 143 premature deaths per year in those areas.

In addition, moving towards a green fleet addresses one of the key complaints about diesel buses – the noise generated from the vehicle’s internal combustion engine. Exposure to prolonged noise can be an invisible killer that harms people’s hearing, causes stress and anxiety, and results in drivers’ fatigue. The electric bus offers unique advantages by presenting a much quieter riding and driving experience for passengers and operators. In fact, the bus is so quiet in most of the low-speed urban road scenarios that local communities won’t even notice a bus has passed by. Customers will truly enjoy a more comfortable, quieter, and superior commuting experience on an electric bus.

Pushing For Wider Adoption Of Electric Vehicles Across All Sectors

Curious to learn more about electric fleets and the role that telematics plays? Or how one city adopted 16,000 electric buses in a decade? Read the continuation of this article here.

Loading...
← Prev: Trucking With Pets: What Fleets Need To Know Next: An Electric Bus Fleet: Going From 0 to 16,000 Electric Buses In A Decade →
Contact Us

Five Ways to Improve Fleet Management in the Logistics Industry

The logistics industry is a vast ecosystem of supply chains, software, and services that work in unison to deliver...