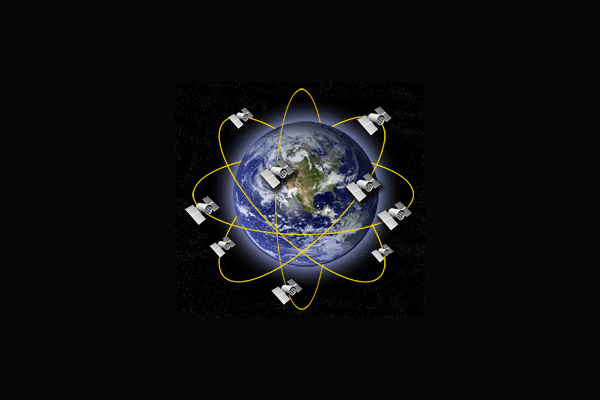 For years, small movements in the Earth’s crust have been monitored, using the Global Positioning System, to help provide warning of developing earthquakes. Researchers were surprised to discover that the GPS is also recording data in relation to the vanishing water in the western United States. Throughout the region, the landscape has been drying out massively due to the intense drought over the past year

Geophysicists from the Scripps Institution of Oceanography reported in Science Magazine that the GPS measurements indicate the loss of water from streams, lakes, groundwater, and snowpack total approximately 240 billion metric tons. This is the equivalent to 4 inches of water covering the western United States from the Pacific to the Rockies

The water loss measurement principle is simple. The weight of the Earth’s groundwater and surface water deforms Earth’s crust similar to the way a person’s weight deforms a mattress. When the water is removed, the Earth’s crust rebounds. The water levels on Earth vary with the seasons causing the Earth’s crust to move up and down. The movement is only fractions of an inch; however, the Global Positioning System is able to measure these small shifts

Since early 2013, researchers noticed that there has been a tremendous uplift signal (rise) in the Earth’s crust. The current uplift pattern is consistent with the declines in precipitation, groundwater levels and stream flow. Without the water, the Earth’s crust is elastically rebounding over the entire region

The Global Positioning System data complements observations from NASA’s satellites. NASA has an ongoing experiment, GRACE (Gravity Recovery and Climate Experiment), which is measuring small changes in the gravity field on Earth caused by water movement under and on the Earth’s surface. This experiment allows researchers to estimate soil moisture and groundwater conditions all over the world. The GRACE experiment is able to operate in areas around the world where Global Positioning Systems do not exist yet, such as South America and Africa

The new Global Positioning System data may prove vital as the climate changes worsen. This finding makes GPS data is useful to a wider group of scientists and researchers.