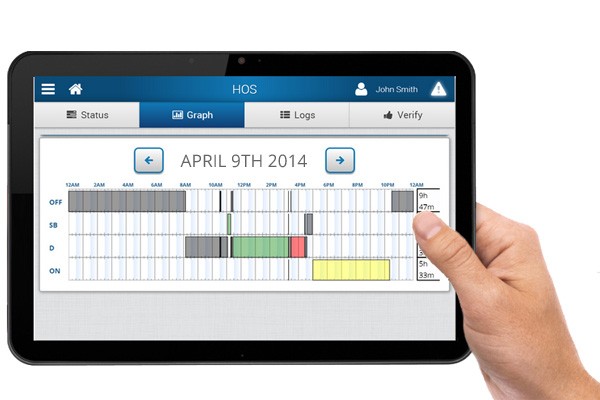 A rule mandating Electronic Log Devices or, Electronic Onboard Recorders as they are also known, is expected to be published April 9th 2014 according to a monthly report from the Department of Transportation. DOT has been pushing back the publication date for the rule since late 2013.

The mandate will require all drivers responsible for keeping records of duty status to use an electronic logging device. The Federal Motor Carrier Safety Administration submitted the rule to the White House’s Office of Management and Budget (OMB) on August 7th 2013 with a projected publication date of November 18th 2013.

In the Department of Tranportation’s last report which was issued March 11th 2014, projects the rule will clear OMB on March 28th. The publication of the Supplemental Notice of Proposed Rulemaking projected for April 9th will follow. The proposal will then allow 60 days for public comment ending on the 9th of June.

Any comments will be taken into consideration before the agency would publish a final rule.

The Department of Transportation still also projects its driver coercion rule to be published on April 23rd 2014, The rule would create a requirement that the agency “consider whether coercion of drivers” by shippers, receivers, carriers or brokers “is a concern when developing a rule.” It too would have a 60-day comment period.

FMCSA’s Carrier Safety Fitness Determination rule proposal is, as per the report, still set to still be published August 4th 2014. The rule would change the agency’s data gathering process in regards to the way it calculates a carrier’s Safety Fitness Determination score. After the rule passes, if it does, the agency will use data from crashes, roadside inspections, violation history and investigations, nearly an identical data set used in calculating a Safety Measurement Scores in the agency’s Compliance, Safety, Accountability program.

Loading...
← Prev: Tips For Becoming a Customer Support Star Next: How Telematics & EOBRs Are Changing Long-Haul Trucking →
Contact Us