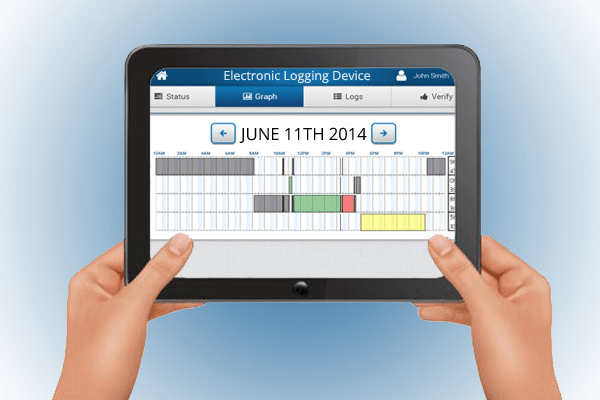 The Senate’s version of the yearly appropriations bill for the Department of Transportation contains language that would stop the Federal Motor Carrier Safety Administration (FMCSA) from dragging its feet in producing a final electronic logging device mandate rule (ELD rule).

Also, the bill sets a deadline for the agency to make its long-awaited Safety Fitness Determination rule, the timetable for which FMCSA has continued to push back.

The Senate’s Transportation, Housing and Urban Development bill gives the agency 592.3 million dollars in funding for the 2015 fiscal year and came out of the Senate’s Appropriations Committee this past Thursday, when an amendment was added to suspend the 2013 hours-of-service (HOS) rule for at least a year until more study can be done to justify its restart provisions.

If passed the bill would need FMCSA to publish a final electronic logging device (E-log/ELD) rule by January 30th 2015. MAP-21, The current highway funding bill, required the agency to produce a proposed rule by September 30th of 2013, but the agency did not publish the proposal until March of this year.

The public comment period on the rule ends on June 26th 2014, after which the agency will start work on a final rule, taking into account feedback gathered during the 90 day commenting period.

The agency usually makes a final rule within 2-3 months of the end of public comment periods on proposed rules, and the January 30th 2015 deadline would give the agency 7 months to publish its final electronic logging device (E-log/ELD) rule.

Though the bill’s language would not seem to set an impractical target, the FMCSA has missed several self-set time-frames on its calendar.

Citing “excessive” delays on a CSA-based Safety Fitness Determination rule, the bill would also need the FMCSA to begin a rule-making “no later than December 2014.”

The SFD rule is the agency’s next step in its Compliance, Safety, Accountability program. The rule would permit the agency to use a similar data set it uses in CSA’s Safety Measurement System rankings to produce an actual fitness score for carriers. The scores could then be used to target carriers for intervention.

The THUD bill text calls the SFD rule “the cornerstone of CSA,” and that until the rule is executed, “FMCSA continues to depend on an enforcement and rating system that fails to place enough emphasis on both driver and vehicle qualifications, resulting in compromising safety on our nation’s highways.”

In its most recent monthly report on significant rulemakings, the Department of Transportation projected December 17th as the publication date for the SFD rule, which was delayed from the prior month’s September 16th projected date. September 16th was however also delayed from months prior: At points last year, the rule was projected to be published May 2014.

In another provision, the committee directs the Department of Transportation (DOT) Office of Inspector General to perform an audit of FMCSA’s mandatory compliance review process “to ensure motor carriers flagged for investigation are being investigated in a timely fashion.” The “high risk carriers” report is due by April 2015 for the preceding fiscal year.

The House will come together this week to take up its version of the THUD bill.

Loading...
← Prev: Fuel Management Software For Your Fleet Next: Expand Your Telematics Solution with Third Party Device Integration →
Contact Us