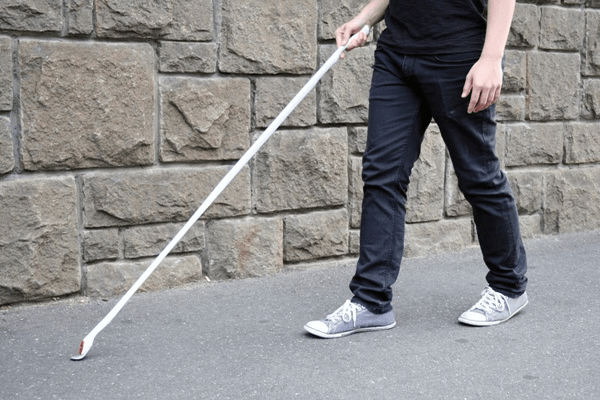 The Visually Impaired Can Soon Use GPS Sports Shoes For Guidance

A company in India is about to launch GPS sports shoes that will vibrate in order to guide the person wearing them. The shoes will be equipped with a Bluetooth transmitter that is detachable. The Bluetooth can be linked directly to a smartphone application that will guide the person wearing them to their destination using Google Maps according to the International Business Times.

The shoes will vibrate to let the wearer know whether he/she should go right or left. They will also keep track of the distance walked, steps taken and calories that were burned.

When the CEO got the idea for vibrating GPS sports shoes, they realized it could be used to help people who are visually challenged as it would work without physical or audio distractions. It will also help people who do not want to have to constantly look at their phone.

The GPS sports shoes work instinctively. It is similar for someone tapping your shoulder to let you know which direction to walk.

The founders of the company were engineering students who started the company in their apartment. It now has over 50 employees. Although competitors are currently offering a GPS shoe for patients with dementia, the new company designed the GPS sports shoes for people who want functional footwear and something more stylish. The CEO mentioned that early wearable GPS technology had a machine-like look but that is changing now.

Dr. Anthony Vipin Das is currently testing the GPS sports shoes. He believes it is the perfect item because you will never forget to put your shoes on. He said that it can be of great assistance to the visually impaired in addition to their cane.

The company is in talks with United States retailers to start supplying the shoes before the 2014 holiday season. The GPS sports shoes are going to be manufactured in China and are scheduled to be released in September.