What are the Best Methods of Live GPS Tracking? 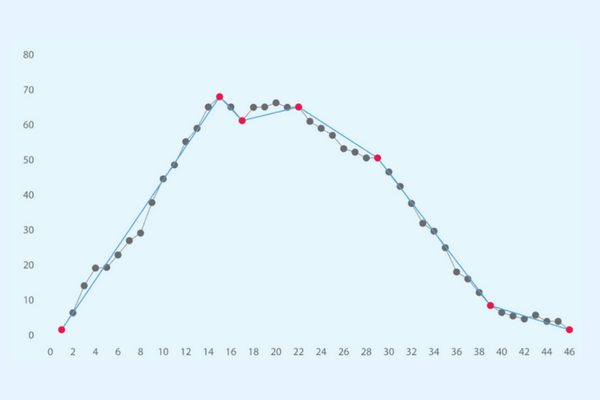 The idea of live GPS tracking is not as straightforward as it sounds. A lot of people don’t realize that fleet tracking solutions have different ways of collecting and reporting data.

Let’s take a look at a few methods.

Method 1: Collecting and Reporting All Data

In a perfect world, every single moment of data would be collected and reported. However, this isn’t feasible. Each vehicle can send thousands of gigabytes of data. Not all of this data would be relevant and the sheer amount of data can overload a server.

Method 2: Sampling and Reporting Some Data

Instead of reporting every single second, a lot of fleet tracking solutions sample data. This means that data is only collected periodically. For example, data might be sampled and reported every 30 seconds or every 100 meters.

Although this is easier on the server, sampling data has some drawbacks. Between the sample periods, key information can be missed. For example, in some situations, it shows that drivers drove through a building. That doesn’t look right!

What is the curve based algorithm?

Engineers found a better way to collect and report data. This is done by identifying useful points and re-creating a path. And what is the result? By developing curve base algorithms, engineers invented an efficient and accurate way of providing live GPS tracking.

How Does it Work?

Neil Cawse does an amazing job of explaining the system in this video:

Let’s break it down into 3 steps.

2 – The system analyses the amount of error between each data point and decides what to do. If the distance between the predictive route and actual route is minimal, then the data point is reported. This is because the reported points would almost be identical to the route actually travelled.

3 – If the error, however, is still quite large, the system finds where the error is the largest. The system would then consider that to be a new data point. It runs the analytics again and again until the error is minimized. As a result, the system moulds the predictive route to closely match the actual route.

Why is this a good idea?

The biggest advantage of the curve based algorithm is that it captures every single critical point. Compared to the sampling method, these points may be missed if they occur outside of the sample period.

In addition, curve based algorithms can be applied outside of location tracking. Here are a few examples:

Geotab: How the Curve Algorithm for GPS Logging Works

Loading...
← Prev: GPS Vehicle Tracking for Pest Control Helps In These 3 Areas Next: 3 Villains That Fleet Fuel Cards Are Conquering →
Contact Us