Back to School with School Bus Tracking Systems 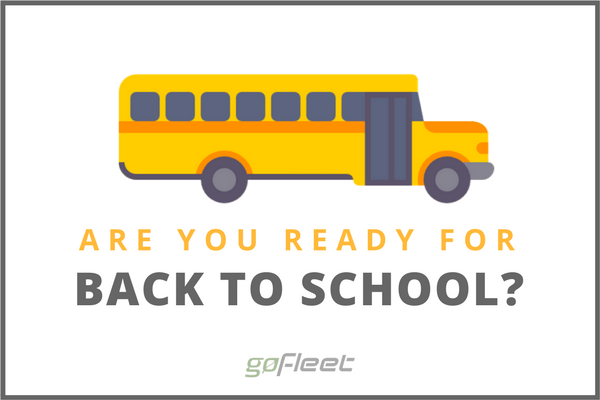 13 year-old Niriham Shah got it right with back to school preparations – he took initiative and built a school bus tracking system. He created an app and called it “Bus Wiz”. Bus Wiz lets people track the location of school buses. Shah said that he can now plan ahead for when he should be at the bus stop by using the app.

The Back To School Guide

Back to school is around the corner (and for some areas, school is already in session!).

Shopping is a big part of preparing for back to school. For students, parents, and teachers, the shopping list might include items such as clothing, pens, crayons, markers, and so forth.

What about school buses? School bus companies also have items on their shopping list. One item might include bus tracking hardware. Let’s take a look at some of the hottest hardware.

Road safety is especially important when there are school buses filled with kids. In a study of Toronto school buses, there were 1557 collisions between 2010 and 2015. Of those collisions, how many collisions were preventable? 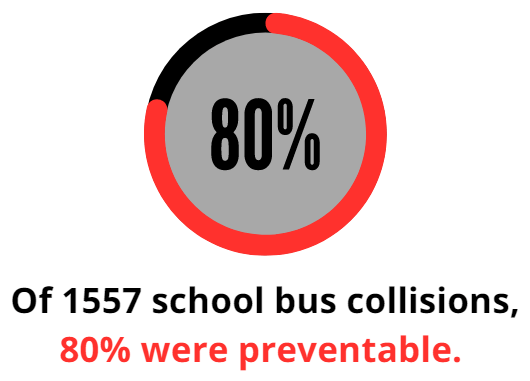 80%. 80% of collisions were due to driver error. For this reason, companies are turning to school bus tracking systems to monitor driving behaviours. Driver monitoring lets administrators set driving rules and create reports which can then be used to train drivers with bad driving habits.

Example:
Stafford County Public School uses Geotab GO7 Devices to train its drivers. Whenever a rule is broken, the system issues an audible warning to the driver. This lets drivers correct their behaviour in real-time.

And what do the drivers think? Stafford County’s director of transportation said that drivers initially hated the devices – but since then they have changed their mind and accept the system. They realized that the devices actually protects them from false accusations by creating a driver history report.

Kids get lost from time to time. Some kids take the wrong bus, some kids get off at the wrong stop, and some buses miss their stop. For this reason, location tracking is next on the shopping list.

A good way to track students is through a log-in portal. Students can log-in by carrying a scannable personal item. The portal then creates a record of boarding and exiting time.

Example:
Several schools in Texas started the “Smart Tag” project. Smart Tags are badges that students can wear. These badges are scanned when the student gets on the school bus. The system then registers that the student has arrived and can send an email to parents and administrators.

Parents commented that Smart Tag provided peace of mind. They can now take comfort in knowing that their kid got on the right school bus.

What’s the best way to stop bullies? A great tip is for kids to surround themselves with helpful friends.

For a school bus bullying victim, a helpful friend might be a camera system. Camera systems capture everything that happens on the school bus rather than relying on bystanders to tell on a bully.

Example:
Marshall County included cameras as part of their school bus tracking system. The cameras were useful when bullies got caught red-handed and could no longer deny their wrongdoings.

It also stopped bullies on the road. Cameras were used to catch drivers who refused to stop when the school bus was parked at a stop. This improved safety while kids got on and off the bus.

Wishing you all the best for the upcoming 2017/2018 school year,
from all of us at GoFleet!

Loading...
← Prev: Bus Fleet Tracking Systems: A Success Story Next: Do I Need a Fuel Management System? →
Contact Us