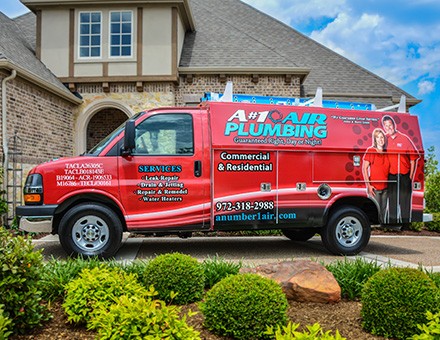 The Challenge: Lack of Fleet Insights

A#1 Air needed solid and consistent fleet management support from its third-party suppliers as a small to medium-sized business — especially as the company and fleet continue to grow. Ken Kapson, A#1 Air’s fleet, building, and IT manager, wears a lot of hats, so having trust in data provided through telematics is key to keep dispatch running efficiently, company vehicles well-maintained, and keep drivers safe and accidents low.

A#1 Air had been using a GPS fleet tracking provider, but there was a serious lack of functionality. Mr. Kapson needed a GPS tracking system that served more like an assistant fleet manager; it needed to closely monitor the fleet at all times, be able to extrapolate trends and data, and provide flexibility for the needs of an HVAC company.

“The system we had, well, everything was missing. It was 24 hours in the past, so if I wanted to look for data on today I had to wait until the next day. I couldn’t do any maintenance troubleshooting on the vehicles, and I couldn’t set up geofences or track idling. It just wasn’t the right system for what we needed.”
– Ken Kapson, A#1 Air’s fleet, IT, and building manager

As a service-based company, A#1 Air was drawn to Geotab out of the six telematics services that Mr. Kapson compared because of the quality of service provided. “There are a lot of companies out there, but they just don’t have the support group that Geotab has,” he says. With numerous support resources at his disposal, he says that the training on using the telematics system and interface was practically “unlimited.”

“When my representative came out to help put these units in, he was here in the middle of January when it was 12 degrees helping me install them” Mr. Kapson says, adding that it’s the kind of support he needs and looks for from suppliers.

Mr. Kapson listed several other service benefits that have made his life a little easier, such as Geotab constantly fine-tuning the system and taking in feedback and recommendations from customers. He says A#1 Air will likely even participate in a demo for a potential text-blocker feature on the system, which would be a great asset since his company issues company phones and tablets.

Service is such an important feature to A#1 Air since as a service-based company it’s what helps the company grow.

“The system has greatly reduced the lag time in being able to update customers and keep them in the loop. Before, we would say, well, here’s a 3-hour window of when we’ll arrive, but now that window has greatly decreased.”
– Ken Kapson, A#1 Air’s fleet, IT,and building manager

If a customer calls for an update, he can pinpoint the exact location of the dispatched employee.

Now that A#1 Air has had the system for six months, Mr. Kapson says that the number one benefit from the system has actually been on vehicle maintenance. When they have a vehicle
break down, per service visit that could be anywhere from $500-$2,500 the company is missing out on. “We lose money every time that vehicle is not moving,” he says.

With Geotab, Mr. Kapson is able to track maintenance troubleshooting, get reminders on scheduled oil change intervals, and other important data for a good preventive maintenance regimen. “Maintenance costs have definitely reduced now that we’re monitoring our trucks,” he says, citing a few recent incidents where he received some check engine notifications and immediately got the truck into the shop. “If we had let those problems go out longer, it could have blown out the exhaust manifold” he says, thereby resulting in longer vehicle downtime and a more expensive repair.

“Maintenance costs have definitely reduced now that we’re monitoring our trucks”
– Ken Kapson, A#1 Air’s fleet, IT, and building manager

Other helpful features that A#1 Air has found include: 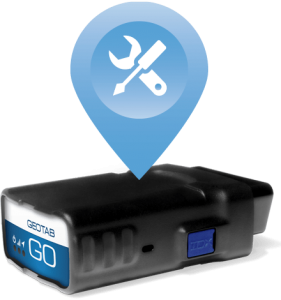