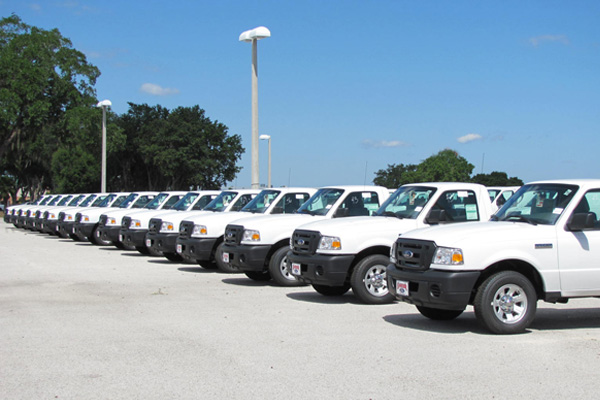 GPS Fleet Tracking Used to Track Use & Abuse of Vehicles

Reports of cars screaming up and down the highway at more than 100 mph. Others of employees doing private jobs while on the government dime. Then, there are those who steal time by parking their state Department of Transportation trucks in mall lots, on side streets, even near bowling alleys, and take leisurely breaks when they’re supposed to be filling potholes, fixing signs, or picking up dead deer on the highway.

Such practices have gotten more difficult since the DOT wrapped up a $22 million dollar contract to install radios with GPS fleet tracking systems in 3,000 vehicles that allow supervisors to monitor workers’ speeds, locations, and the length of time spent in any one place.

Officials are saying it is the most aggressive attempt the DOT has ever made to manage productivity among its workforce in the field, and it comes at a time when two New Jersey lawmakers—Assemblywoman Amy Handlin, and Sen. Jeff Van Drew have proposed extending it to thousands of state-owned vehicles. Under their program, the state would get a report on vehicle use by state workers, abuses and the feasibility of making the GPS fleet tracking permanent.

The use of GPS fleet tracking to track employees is a fledgling practice in both the public and private sectors, but it is gaining traction as organizations look for ways to prevent abuses and manage costs. UPS uses it, as does one Atlanta school district that outfitted its bus fleet with a GPS fleet tracking system after noticing overages in overtime.

Just last month, the state DOT employees were issued a “Use of State Vehicles” notice that warns that “all department vehicles are equipped with a GPS system to monitor the location of the vehicle,” and that “the GPS system also records the speed of the vehicle and registers alerts when the vehicle is driven at high speeds.”

Violating the rules of the road or tampering with the GPS system could result in disciplinary action, including being fired, the notice says.

A GPS fleet tracking system will save the state of New Jersey money—can it help save your business costs associated with owning a fleet? Are you seeing overages in overtime, fuel consumption, or billable labor hours? Contact GoFleet to talk about our options for GPS fleet tracking at 1.888.998.1122 or message our sales team here.

Loading...
← Prev: The Many Uses of GPS Tracking Software Next: GoFleet's Introduction to GPS Fleet Solutions →
Contact Us